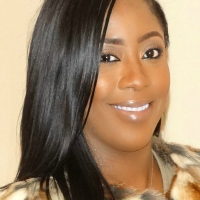 Homestyle cooking done the right way, recipes that’s guaranteed to keep your household satisfied and asking for seconds. You will have the opportunity to share my kitchen ideas, as well as learning to create classical homestyle dishes, as well as 5 star recipe creations. Prepare yourselves for having dinner with me. “So Let’s Get Started.” Read More

🍒🍔Recipe Creator
🍤💻Food Blogger
🍕📺You Tuber
👑🍝A diverse gal who loves to cook and have fun
Contact Info: tambrown2015@gmail.com

When I tell u this plate was slapping!!! It was ev

They say the fair might not open this year...But w

Load More...
This error message is only visible to WordPress admins


Error: API requests are being delayed for this account. New posts will not be retrieved.